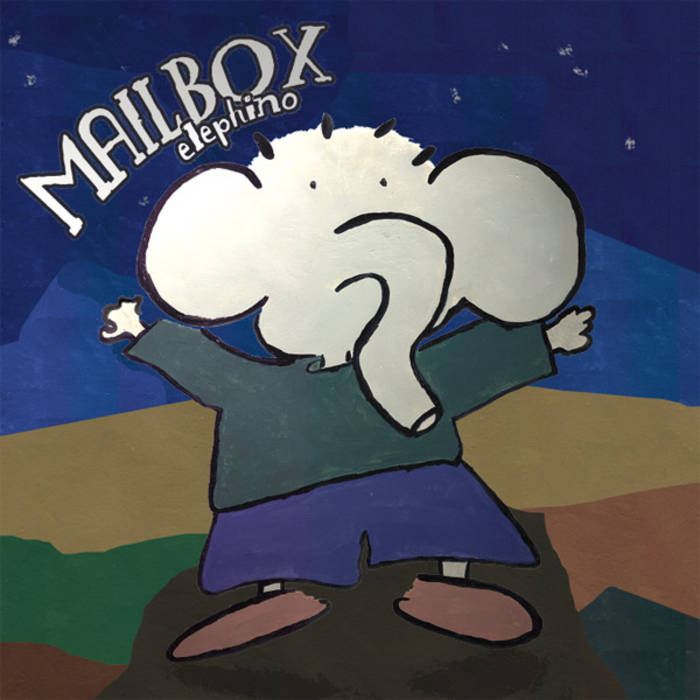 Remix/remaster of 1998 album with bonus tracks. And a pony. And a lollipop.

Many people who have heard my older music have suggested I make a kids album. Sigh. I have never had any interest in this but I understand where these people are coming from. Elephino is my response. The music is fun and sing-songy but I had nothing lyrical to say that would qualify as being suitable for children. I want to talk about our dangerous views of gods and women, of our need to define things that don't wish to be defined, of letting love or friendship slip away out of fear.

This album is definitely a product of my distant past but I have fond memories of recording it. Duncan, David and Greg all came by Sara's and my place over the course of a year helping me piece things together and fill out the sound. We had a real "writer's room" kind of vibe going on. Lots of laughing and nonsense. The album was just the vessel for some brilliant idea sharing.

"Mailbox has done it again. Their second CD, Elephino, is a refreshing blend of synths, acoustic guitars, and vocals that almost make sense. The CD starts off with Camille Saint-Saens' famous 'The Carnival of the Animals,' which sets the stage for Mailbox's zany feel ... This CD is a refreshing break from the roar of Marshall stacks and all those rockers who take themselves way too seriously. The song 'Bugs' has polka beats, fast paced vocals, and grumpy old men. 'No Elbows' toys with thoughts of gods and girlfriends without elbows-just think how many things you couldn't do without elbows. The last song, 'Doodle,' is my favorite on the album. It tells of the voyage of a super-intelligent poodle who builds rocket ships out of tin foil and cheese whiz, presented in a PBS documentary style. Its catchy chorus 'Doodle do what Doodle will do' and cheesy folk disco rhythms have been chasing each other around in my brain ever since I first heard the CD. So build yourself a rocket ship and go see Mailbox!" Izzy Maxwell - The Noise - Rock Around Boston - November 1998